Recently I’ve got quite in to my lateral work and have been learning some new tricks in my lessons including travers!

I’ll be totally honest, I didn’t know what travers even was when my instructor asked me to do it down the long side of the school. But after giving me a human demonstration, pretending to be a horse (she’s crazy and I love her) I realised it’s just the opposite to shoulder in. 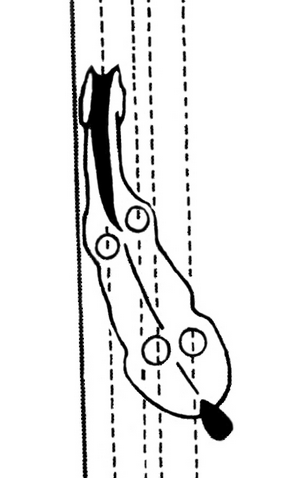 Now before you think I’m some sort of amazing rider, I’m not.  In my brain I know how I should be asking for these movements, but executing them is a completely different story and I’m still learning.

To warm up for some lateral work, we did the usual walk, trot, canter, rein changes and some circles and then we began with some simple leg yielding coming down the three-quarter line and moving across to the edge of the arena. Once Cee is warm, I find this relatively easy (maybe 5/10 on the difficulty scale). What I need to be careful of though is too much bend in the neck. My instructor said that this is fine whilst I’m learning, but once I get better, I need to decrease the bend.

Next I tried leg yield at the trot; wow it was so much harder!! I think where Cee is lazy, he confused my leg aid to move him towards the wall as a leg aid to go faster and just got very rushed. If anybody has tips on this, I would be grateful!

I’m obviously not even going to try anything at the canter as this is his worse pace and I’m still struggling with it, which is frustrating. Although one thing I did last night was lots of walk to canter transitions to try and get him to better understand my canter leg aid. He was actually really great.

I don’t normally ride with a schooling whip or spurs even though I should. The reason for this is because I get scared of him bucking, which is stupid. But last night, I carried a schooling whip (but didn’t use it) and having it there definitely made Cee more responsive.

I also recently bought some plastic spurs which are short and rounded. I thought that they would be much gentler and will give clarity to my leg aid, without causing him distress. I will test them on Thursday and report back.

Anyway, I’m going off on a tangent here! Next we did some shoulder-in at the walk, again down the long side of the school in front of the mirror. My instructor explained how I should be able to see the legs in three clear rows in the mirror. 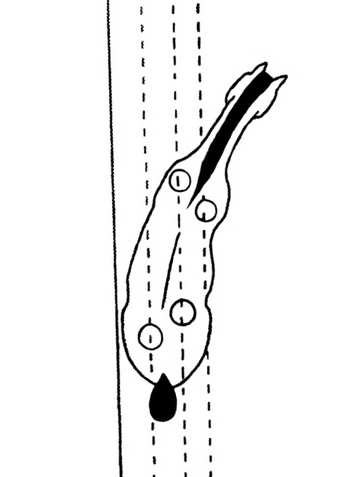 I found this a little harder to stop Cee from coming off the track completely and drifting in to the centre of the school, but overall, I got the hang of it and could see the three clear rows. Sadly, it went to pot at the trot (that rhymes!) but it’s a goal to keep working towards!

Now the travers was really hard and I struggled with too much inside head bend, but it was the first time I’ve attempted it, so I’m going to keep chipping away!

The final thing we did was practice our rein back. Cee finds this quite easy, but he sometimes veers off centre and goes all wiggly. I think this is probably due to the way I’m sitting, so I’m focussing on staying straight and centred. We’ve been going backwards for a certain amount of steps and then going forwards for the same, then repeating.

The only other issue I have, which I don’t really know how to fix, is the tongue situation. Cyryl hangs his tongue out of the side of his mouth when he’s concentrating and on the bit (see photo above). The irony is that when his tongue is out, he goes so much better and is feather-light in my hands. However, this is losing me marks in my dressage as it counts as ‘evading the bit’. Does anybody have any tips or tricks to help this? I already ride in a flash, but this doesn’t seem to help.

So now I am searching for upcoming local dressage competitions online. Here’s to flatwork!