Sometimes the nicest horsey days are ones out of the saddle. Today I went to the pub and met Cyryl for a drink… 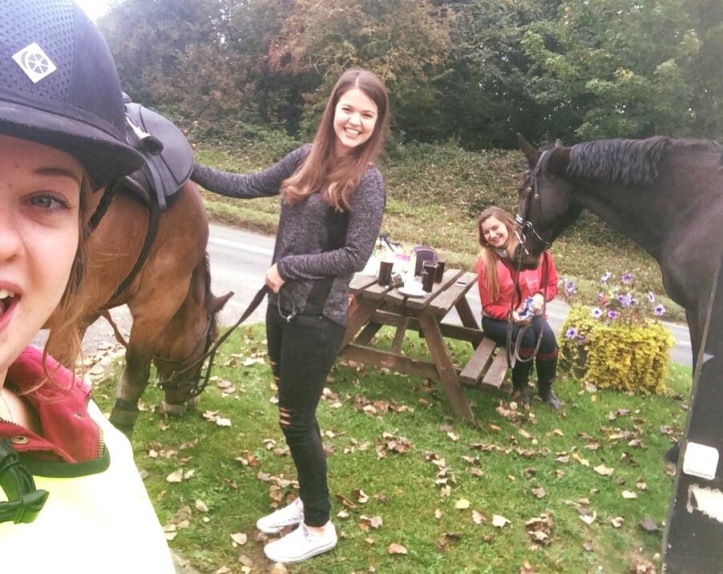 Lindsay hacked him today to meet her friend and she called me asking to meet me at the pub for a drink.

I arrived and not only was I greeted by my two friends, a glass of coke and some crisps, but Cyryl was so excited to see me, which was lovely!!

The locals were loving the two furry friends in the garden and some small children came out to say hi and meet the horses. Cyryl stuck his nose in a coffee cup and Lizzie knocked over one of the cokes, but I think they had a great time too.

I drove back to the yard and chatted with some friends until Lindsay arrived back with Cyryl 20 minutes or so later.

She had covered ten miles with him, so he was quite hot and sweaty. We gave him a hot shower and scrub and put him under the solarium to dry. He loves to be pampered and much to his enjoyment we pulled his mane and trimmed his legs and face.

Clean and cosy, we wrapped him up in his pyjamas, gave him a big dinner and put him to bed. I’m sure he will sleep like a baby tonight!